A young girl runs for her life through a dark wood and finds that, sometimes, your fears are real.

In the foreboding and impending darkness of a remote Alaskan forest, a young girl is pursued by something unseen, but not unheard. Terrified and alone, she runs for her life. With darkness closing in, she struggles to outpace the demons as she stumbles over the boreal terrain. Her frantic escape is abruptly interrupted by the deafening, raging river in front of her. Her course altered and pushed beyond exhaustion, she stumbles and falls, hard to the ground. Face down on the cold, damp forest floor immobilized by fear, she hears the beast approaching rapidly from behind. She turns and scrambles backward as the beast is upon her.

She jolts awake gasping for breath, her heart racing, and realizes that she had dreamed the attack. As she struggles to rise, she is gripped in pain from the spear-like branch that thrust into her side when she fell. As she lifts herself off the blood-stained branch she wretches as sickness engulfs her weakened body. She drags herself back and sits against a tree holding her side, as she watches the blood ooze from the wound through her fingers. She knows she’s not dreaming this. She realizes that her survival will now require more courage than she may have left in her.

Grasping her bloody side, she struggles to reach her feet, and stumbles off into the failing light. She is startled by the sounds of twigs breaking under heavy foot all around her. Her heart racing and breath guarded quietly, she scrambles down behind a large rock outcrop where, under flashes of lightning and the deep rumble of distant thunder, she pauses. She spits the blood now noticeable in her mouth. She hears a loud rustle of leaves and gasps upright throwing her hands out to defend from the impending attack, only to find her delirious mind playing tricks on her again. Yet… she hears the inhuman growls of the demons beyond her sight in the dark wood.

Knowing her only chance is to keep moving to find her way out of the darkness, she pushes on as the sounds of the forest begin to rise and echo in her ears, punctuated by the growls from all sides closing in. As if foretelling her fate, the approaching storm brings lightning closer and thunder roaring louder. A breaking twig from behind prompts her to turn and look back just as an angry growl and rapid footsteps causes her to spin back around in time to face her worst imaginable nightmare. 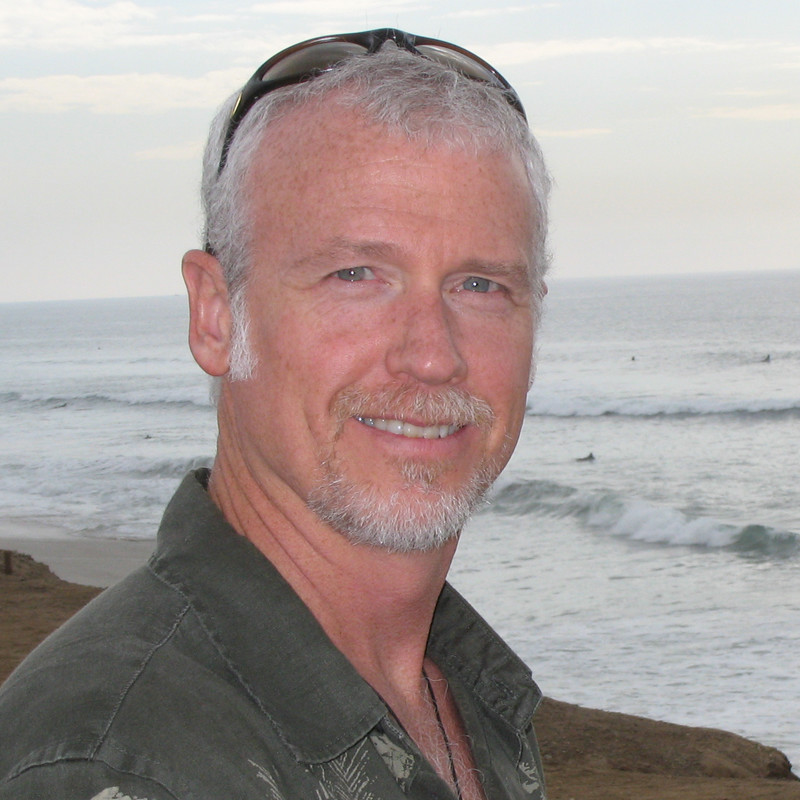 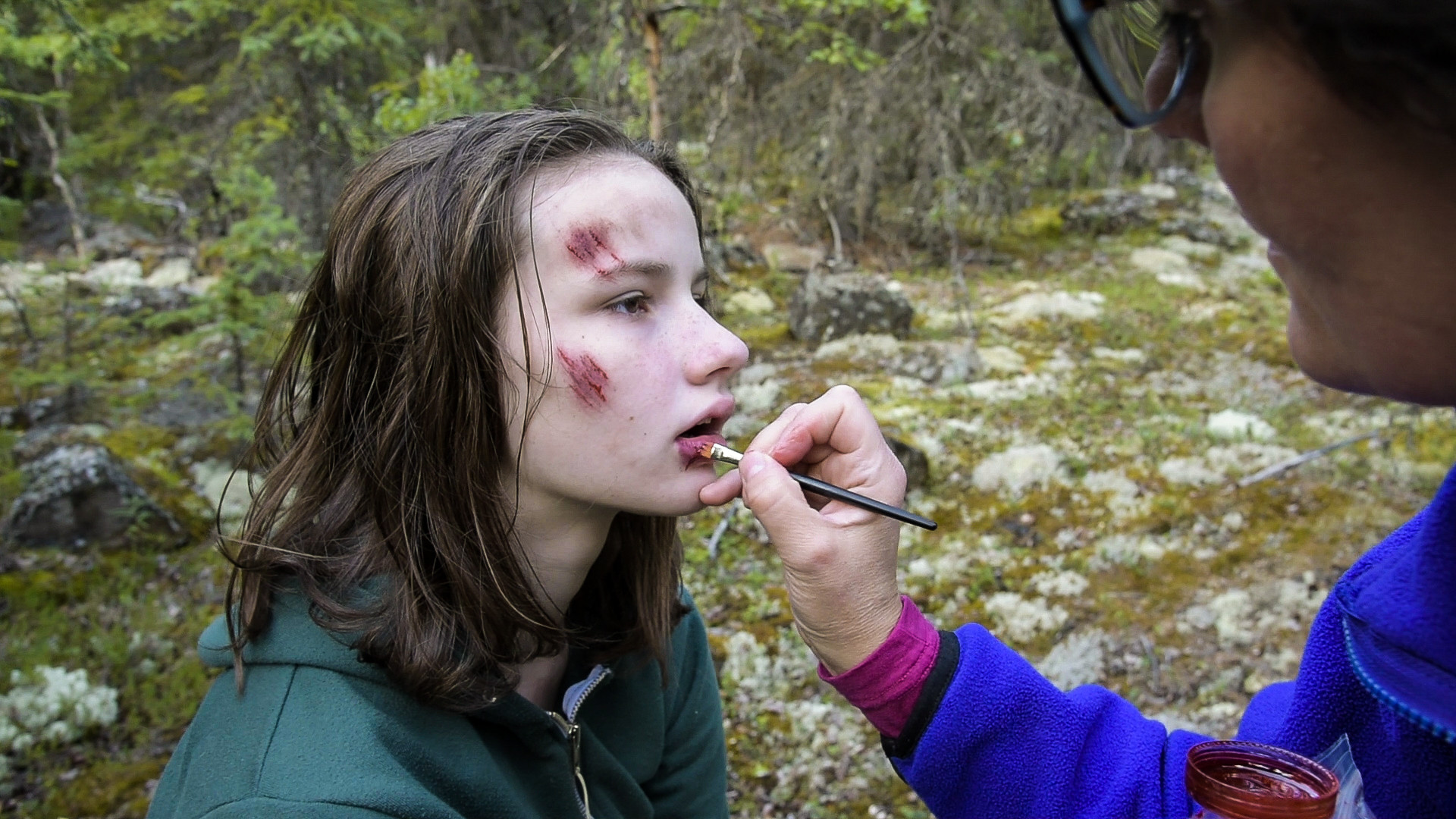 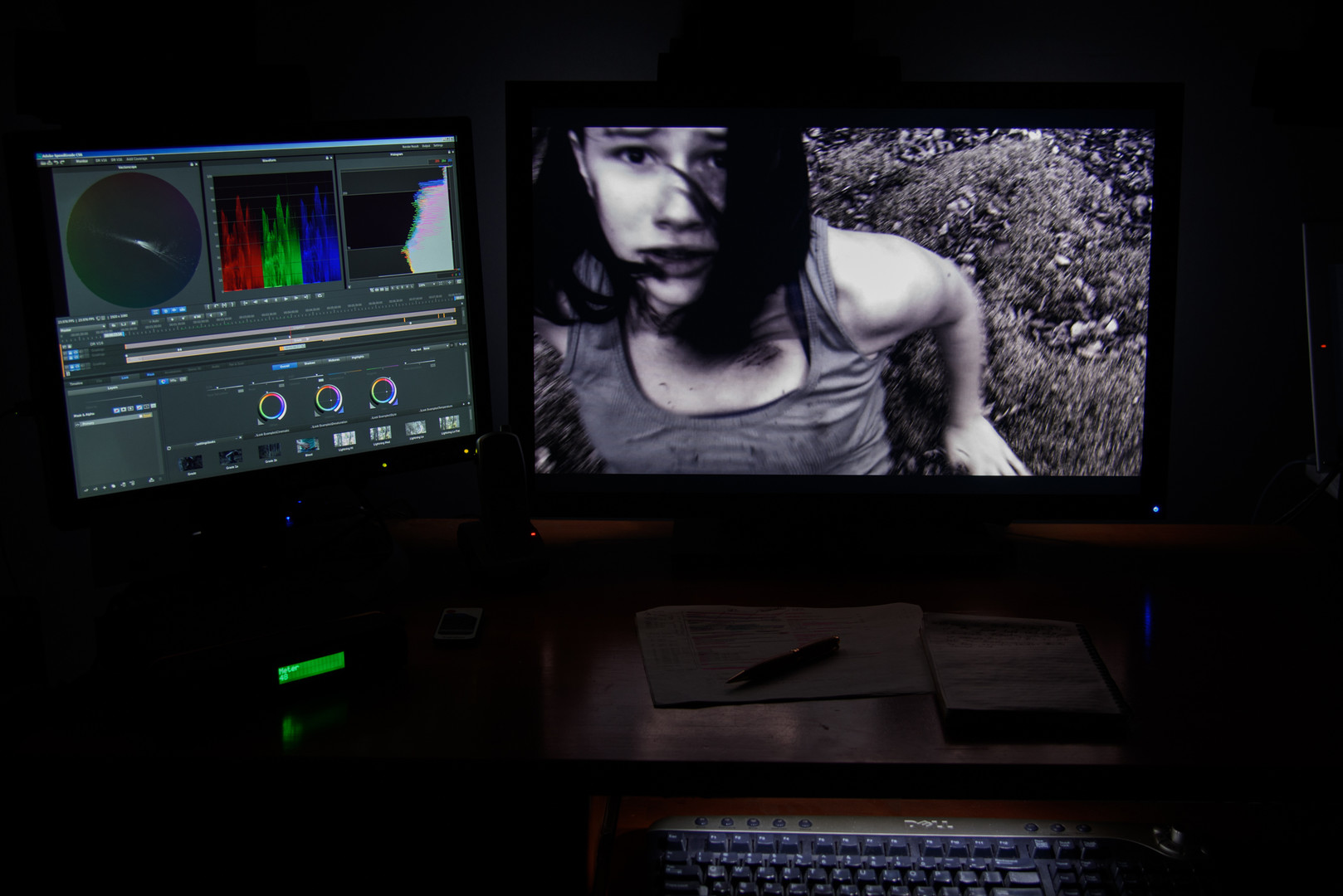 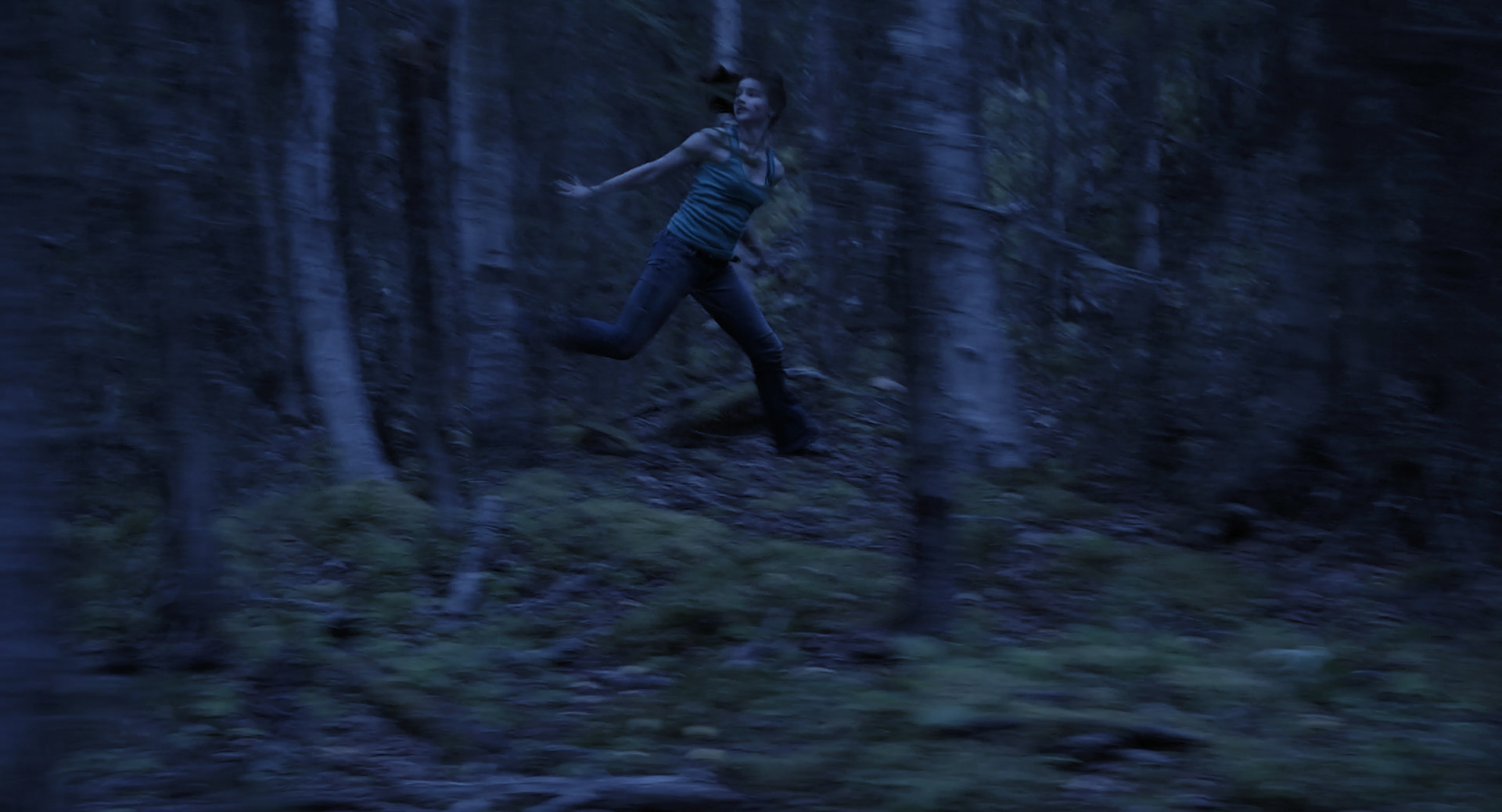 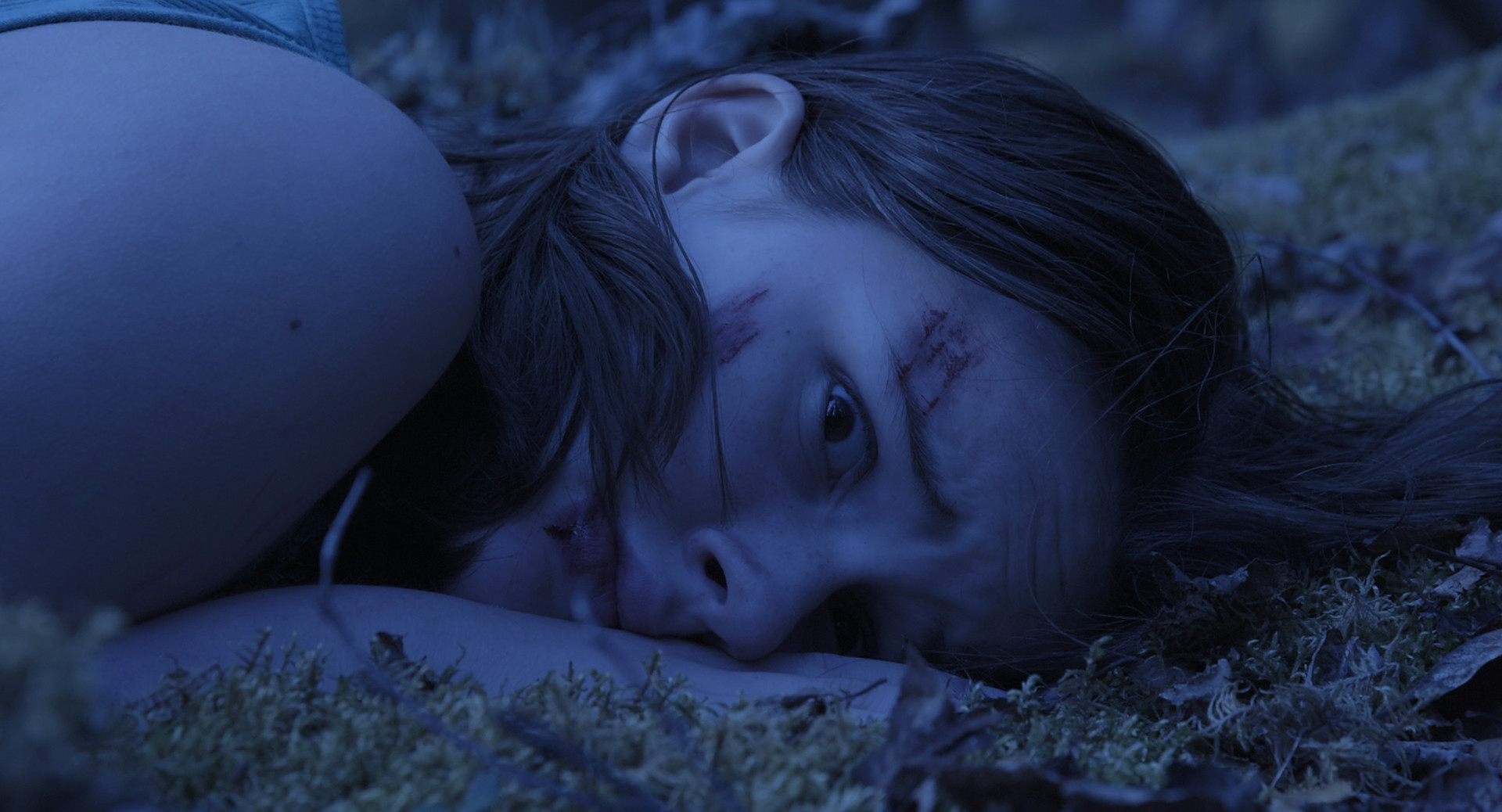 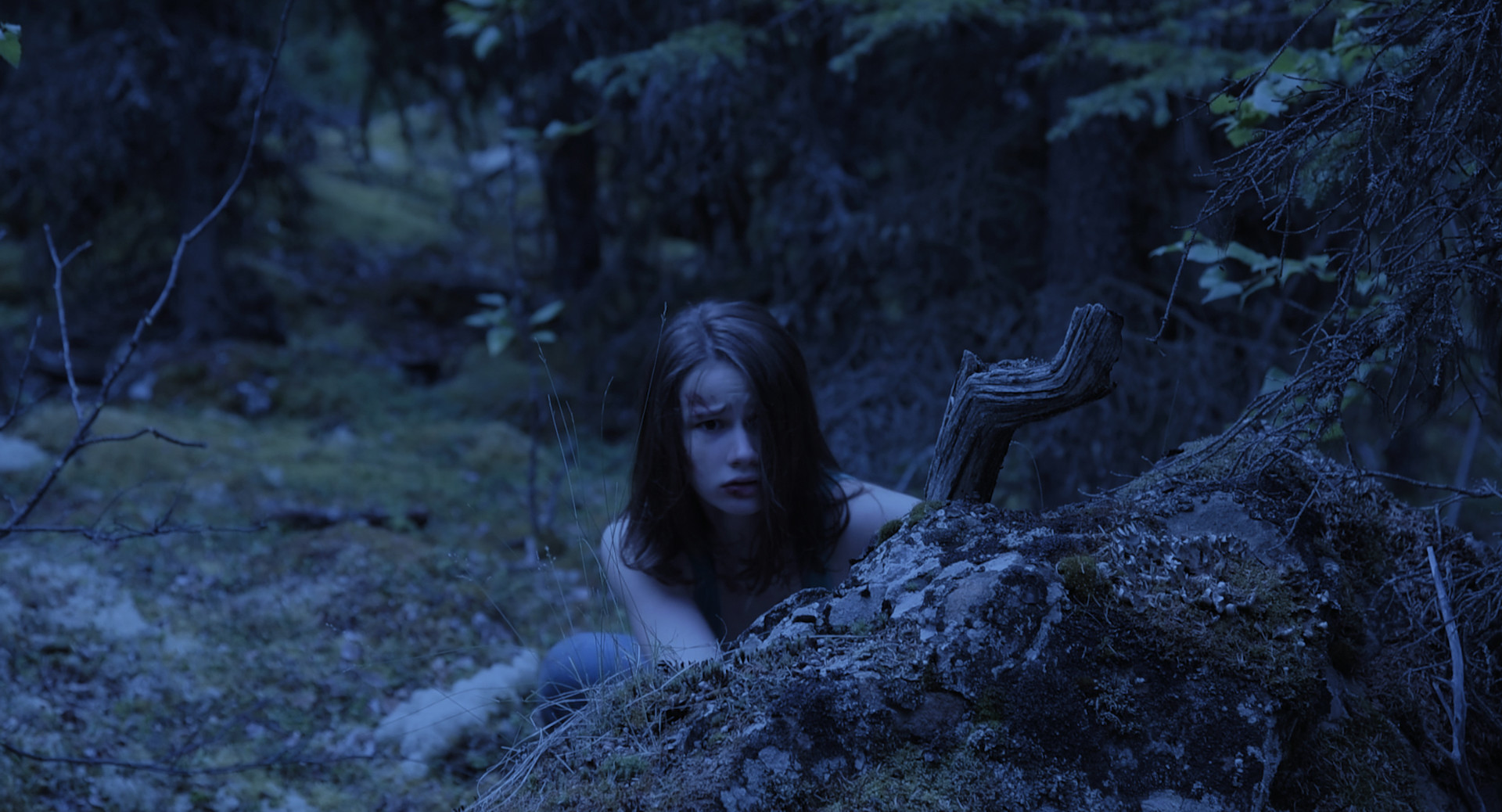 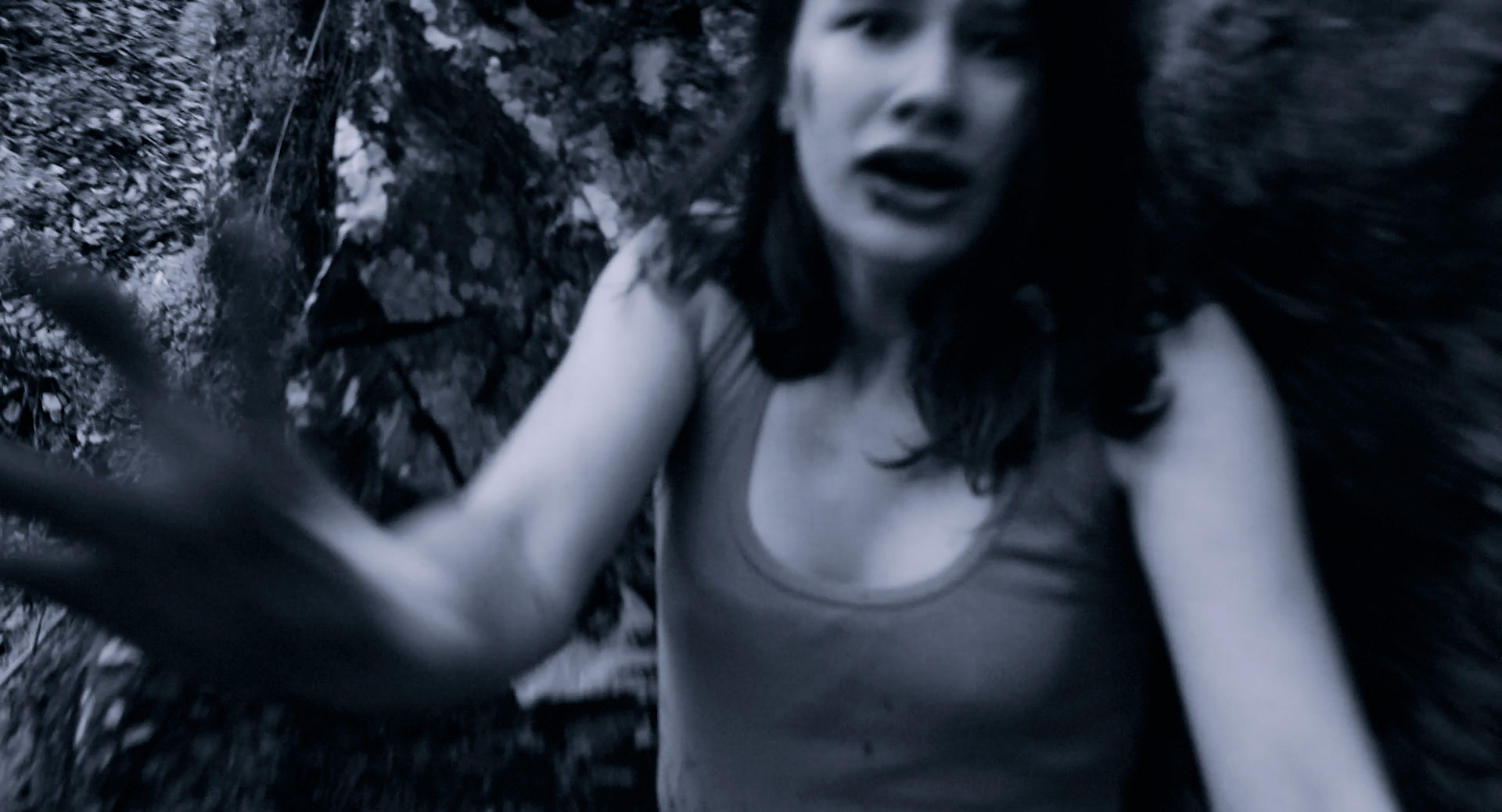 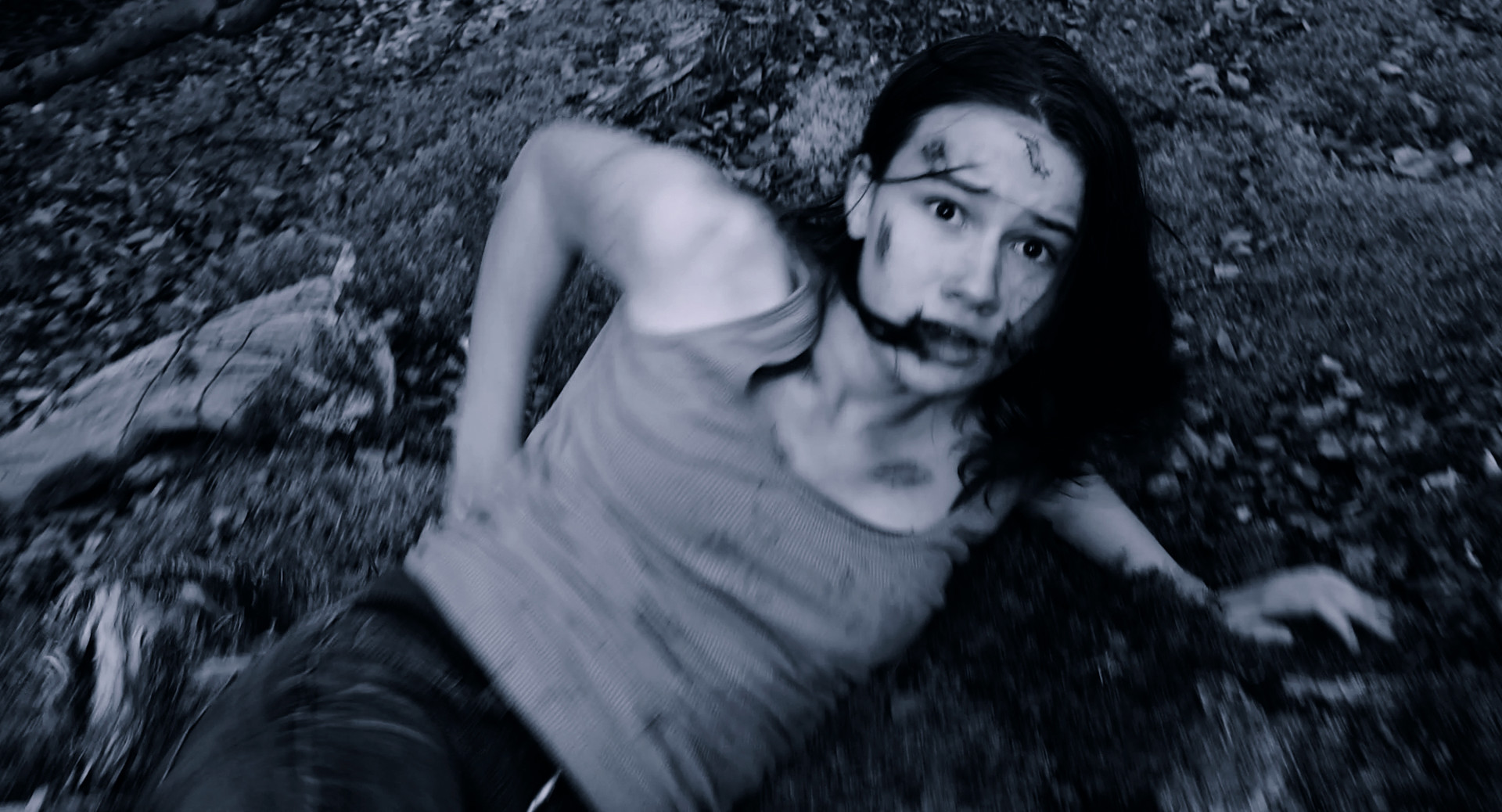 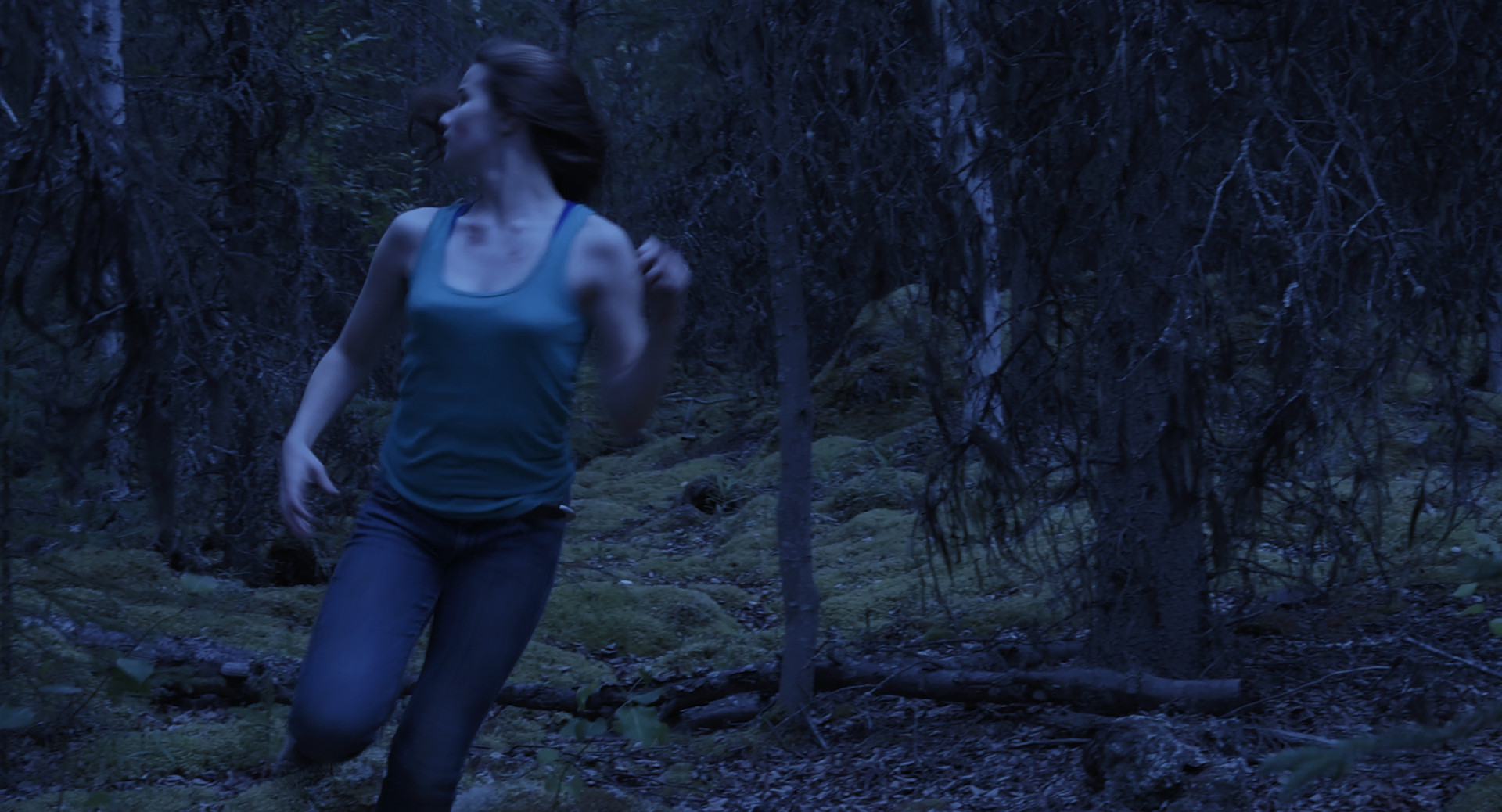